The indirect antiangiogenic effect of IL‐37 in the tumor microenvironment

IL-37, a newly identified IL-1 family cytokine, has been shown to play an important role in inflammatory diseases, autoimmune diseases, and carcinogenesis. IL-37 has been suggested to suppress tumoral angiogenesis, whereas some publications showed that IL-37 promoted angiogenesis through TGF-β signaling in both physiologic and pathologic conditions. Therefore, the function of IL-37 in tumoral angiogenesis is not clear and the underlying mechanism is not known. In this current study, we investigated the direct role of IL-37 on endothelial cells, as well as its indirect effect on angiogenesis through functioning on tumor cells both in vitro and in vivo. We found that IL-37 treatment directly promoted HUVEC migration and tubule formation, indicating IL-37 as a proangiogenic factor. Surprisingly, the supernatants from IL-37 overexpressing tumor cell line promoted HUVEC apoptosis and inhibited its migration and tubule formation. Furthermore, we demonstrated that IL-37 suppressed tumor angiogenesis in a murine orthotopic hepatocellular carcinoma model, suggesting its dominant antiangiogenesis role in vivo. Moreover, microarray and qPCR analysis demonstrated that IL-37 reduced the expressions of proangiogenic factors and increased the expressions of antiangiogenic factors by tumor cells. Matrix metalloproteinase (MMP)2 expression was significantly decreased by IL-37 in both cell lines and murine tumor models. MMP9 and vascular endothelial growth factor expressions were also reduced in murine tumors overexpressing IL-37, as well as in cell lines overexpressing IL-37 under hypoxic conditions. In conclusion, although IL-37 could exert direct proangiogenic effects on endothelial cells, it plays an antiangiogenic role via modulating proangiogenic and antiangiogenic factor expressions by tumor cells in the tumor microenvironment. 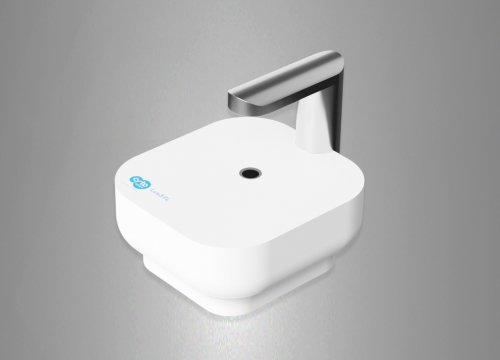